As Chinese manufacturers look for new ways to improve their operations in the face of growing competition and global uncertainty, many are starting to show an interest in the Lean approach.

This trend has not gone unnoticed. In the past few years, many lean-manufacturing consulting firms from the West have been positioning themselves as leaders on the topic—in the hopes of getting Chinese manufacturers to look at their services. Despite how lucrative the opportunity may seem, however, many are unaware of the cultural obstacles that need to be overcome.

In this blog, we will take a close look into the current state of China's manufacturing sector and why lean manufacturing is necessary for the continued growth and survival of its many factories.

Why Lean Manufacturing is Urgently Needed in China

Chinese manufacturers can be formidable competitors. They make the world’s cheapest phones and, at the same time, the most advanced smartphones. They have a seemingly unlimited labor supply and benefit from excellent logistical infrastructures.

Yet, it is becoming harder for them to make a profit. Half of them might collapse in the next 5 years if things do not change. They are at a turning point (similar to Japan in the 1980s and South Korea in the 1990s) where most poorly-managed operations are likely to go bankrupt.

Three trends are responsible for this fall in profitability:

As the graph below shows, neighboring countries Vietnam and Cambodia are much cheaper than China, and the gap is widening. China’s minimum wage has been on par with that of Indonesia, the Philippines, and Thailand since 2015:

This trend is also playing out on a global scale, given the ongoing trade and political disputes with the United States as well as concerns about COVID-19's effect on the global supply chain. Many companies that sell products in the US understandably feel that moving operations within the US or neighboring Mexico is the best way to save costs and limit risks.

In other words, China is becoming an expensive and uncertain place to manufacture. Unfortunately, to add to this, labor productivity has risen more slowly than wages, so competitiveness has gone down. On average, it still takes four Chinese workers to produce as much as one American worker.

On a macro scale, Accenture warns that China’s growth has been built on the twin pillars of millions of new workers and heavy capital investment, and that neither will be enough to maintain high growth.

How the Chinese Manufacturing Sector will Reconfigure Itself 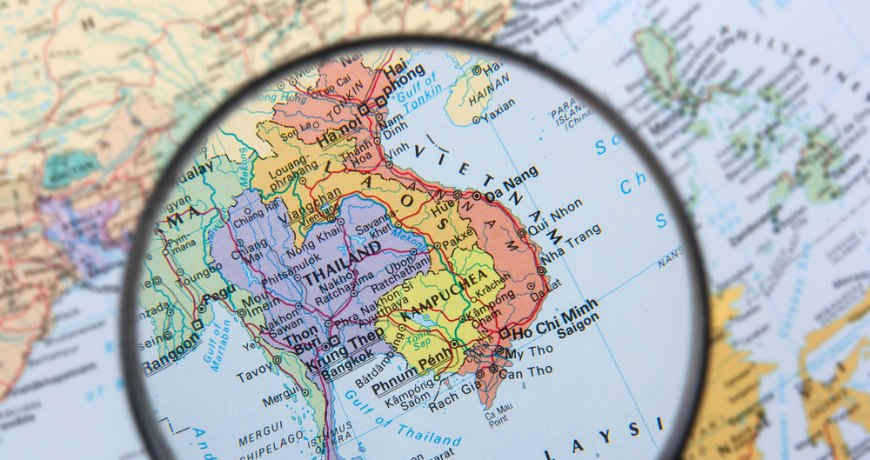 As I wrote above, many poorly performing factories will disappear. This will take several forms.

For example, apparel and shoe factories left Japan in the 1960s, Taiwan and Korea in the 1970s and 1980s, and are leaving China at the moment – only much more slowly.

2. Most industries will consolidate

In some cases, a large group will acquire competitors and reorganize them to be more efficient. This will certainly be true in the automotive sector. McKinsey estimates that consolidation of this industry could boost productivity by up to 50 percent. Another driver of consolidation is bankruptcies. In many cases, the owner suddenly disappears and leaves suppliers and employees at a loss. This phenomenon will probably become more frequent.

China has been the largest market in the world for industrial robots since 2014, and Beijing’s 12th Five-Year Plan and “China 2025” Initiative (which is now less visible but is still in place for the most part) are encouraging the growth of domestic robot manufacturers. Manufacturers are increasingly becoming more aware of automation's potential for increasing factory productivity.

However, as we discussed in a previous manufacturing automation article, many factories simply focus on purchasing the equipment but spend very little on ensuring that it is used effectively. Many of them frequently experience machine breakdowns and find that many of their product quality issues don’t disappear.

As David Collins, CEO of China Manufacturing Consultants, says, “factories in China have no culture of maintenance and it hampers their automation efforts”. Some are actually failing, just like General Motors’ "Lights out" factories did in the 1980s.

4. More and more manufacturers starting a continuous improvement journey based on Lean Manufacturing

Many of these companies are the leaders of tomorrow. They hear about Lean from their customers, from high-profile cases (e.g. GE relocated a lot of production in their Appliance Park in the USA and generated cost savings by using Lean tools), from trade publications, and/or from their local competitors.

KPMG predicts that a fully implemented Lean approach in China could attain the level of productivity as that of the best American and European factories. Yet, it has proven “difficult to implement in China to date, owing to cultural barriers”. I listed some of these obstacles below, from our experiences.

Manufacturing managers are generally more inclined to pay for a technical expertise in molding, extrusion, tool making, automation, design, etc. They expect an expert to come in, implement changes quickly, and show tangible results. After that phase, the expert should leave—they then count on the remaining staff to ensure the changes stick.

In our experience, this approach seldom works for two reasons:

The Lean Movement In China

More and more factories have heard of the way Lean can help cut their costs, and they want those savings. Lean manufacturing consulting firms are trying to capitalize on this. However, they need to put in place the foundation for continuous improvement before starting to apply Lean tools.

Not surprisingly, American- or European-owned factories that are based in China have taken the lead in applying Lean. They tend to have much better management systems, which make a Lean turnaround success much easier to pull off. More and more Chinese manufacturers are trying to catch up, though. They use consultants and/or they hire a high-level manager, then they keep at it for a few years—the time needed to ensure the whole organization has embraced the new way of doing business.

This has been the case since the 1990s in the automotive sector (which includes not only metal suppliers but also plastic, rubber, textile, leather, electronics, and many other types of factories) but it has only really gained momentum over the past few years. The new generation of manufacturing managers is taking control with a more open-minded approach and a readiness for change.

Manufacturers in the West should pay attention to this important trend.

Lean Manufacturing: How Excessive Inventory Is Harming Your Factory

How to Optimise Your Lean Manufacturing Training for Chinese Factories