Why Manufacturing Change Management Fails (even with the best consultants)

We have all heard of lean transformations that failed miserably.

By some accounts, the majority of them end in failure and when consultants are involved, many assume it is completely the consultants' fault. However, this isn't always the case.

These are the most common complaints we hear about lean consultants:

While it can be challenging to find a consulting firm that is right for your organization, there is another very common reason that companies overlook when pointing fingers for transformation failures:

their own management doing a terrible job of preparing, and accompanying & supporting the change.

The #1 Reason Change Management Fails in Factories:
Lack of Buy-In Across the Organization 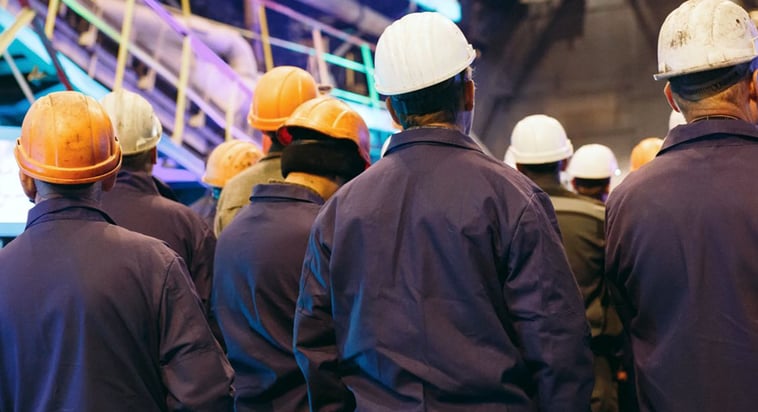 To get buy-in from both management and your employees, you need to make sure:

It sounds simple, but most managers don’t do this well, if at all. As a result, their people resist new initiatives and sometimes completely ignore them. Some people call the 4 steps I outlined above “Fair Process”.

Studies show that when managers practice process fairness, their employees respond in ways that bolster the organization’s bottom line both directly and indirectly. Process fairness is more likely to generate support for a new strategy, for instance, and to foster a culture that promotes innovation. What’s more, it costs little financially to implement.

Joel Brockner, Professor of Business at Columbia Business School
"Why It's So Hard to Be Fair" via Harvard Business Review

I reflected on two past projects that struck us, at the time, by how different the employees’ responses were to our suggestions.

In a well-run multinational company that hired us for the first time 5 years ago, management made a lot of right choices:

A lot of time was spent building a great project plan, with the involvement of some team members and management. There was an official kick-off meeting, and there was monthly communication on the status of the project all throughout the plant for the duration of the project.


As a result, the project went well, despite difficulties and strong resistance from a few support groups, and exceeded the targets. Consultants were seen as a source of great guidance, and were invited back to help with several other plants within the same group.

In another multinational company that hired us at about the same time, we saw a very different situation:

From the very start, people were closed off, shared as little information as they could, and spent as little effort as they could. It became clear pretty early on that the project would not be a success.

What are the main differences between these two examples? Management involvement, and employees' buy-in.

When there are too many organizational barriers to overcome, even the best consultants will struggle to introduce new initiatives and reach your goals. Consultants need proper organizational support to do their best work and bring about long-term, effective changes.

Lean Manufacturing: How Excessive Inventory Is Harming Your Factory