When a consultant shows a factory how a poka-yoke (mistake-proofing) system can get rid of frequent mistakes committed by operators, they look at the consultant like he/she is a genius. However, anybody with a dose of creativity and an understanding of the main types of poka-yokes can come up with good ideas.

Here are the 6 main types of mistake-proofing techniques: 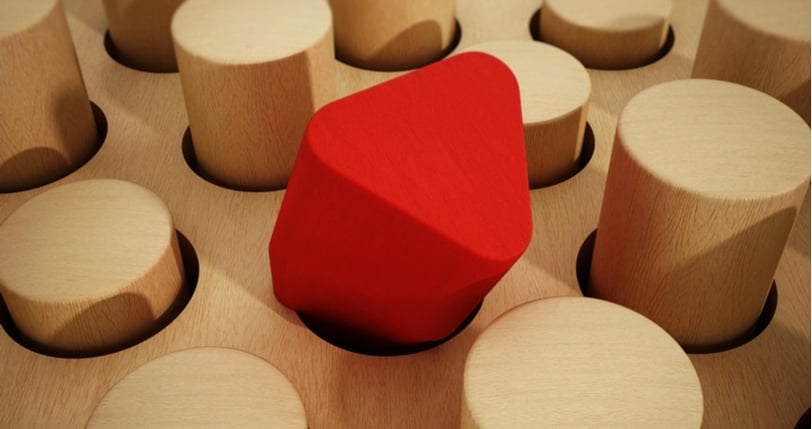 1. Changes to die design for efficiency

In some operations, a die is necessary, e.g. a stamping die, and can be placed incorrectly. That error can result in product quality issues and in damage done to the die.

How to avoid this? By only making it possible to place the die in one way. This can be realized in many ways. One approach is to have guide pins of different sizes, so that they can only “fit” in one direction. There are many other methods to fixing the die position.

2. Changes to fixture design for consistency 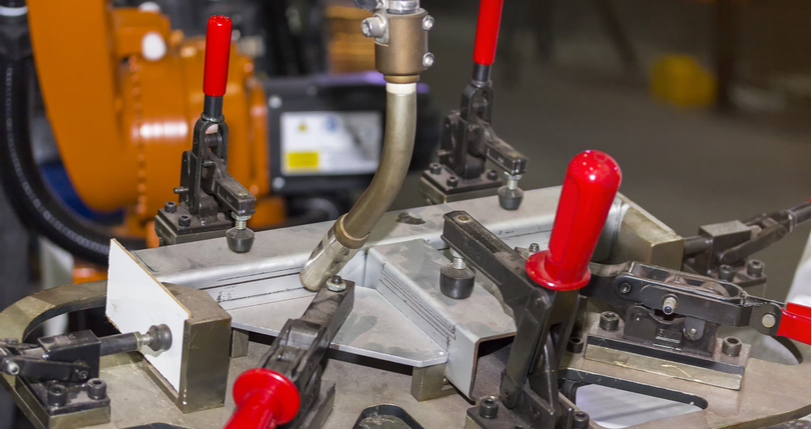 This is relatively similar to point 1, with a key difference: the part being worked on can be placed the wrong way into a fixture, resulting in quality issues.

The fixture can be modified in order to make it impossible to place the part incorrectly. (Sometimes the design of the part itself has to be changed, for the same effect.)

You can see a simple example in the short video here.

The most common sensors are listed below:

There are many scenarios in which a sensor can detect an issue. We show 3 mistake-proofing examples that use sensors in our free e-book.

Now, don't go overboard with sensors. There are sometimes lower-tech, cheaper, and easy to maintain, approaches.

Let’s say some parts move on a conveyor. A few of them have a defect and are taller. The “obvious” countermeasure is a sensor that detects that abnormality. But a better approach is to place a stick that will block the way to all defective parts and push them into a red container on the side of the conveyor. It is faster and cheaper to implement, it is easier to maintain, and it immediately acts on its findings!

Enjoying reading about mistake-proofing? Explore the topic in more detail by reading our FREE eBook with 14 Mistake-Proofing Examples. 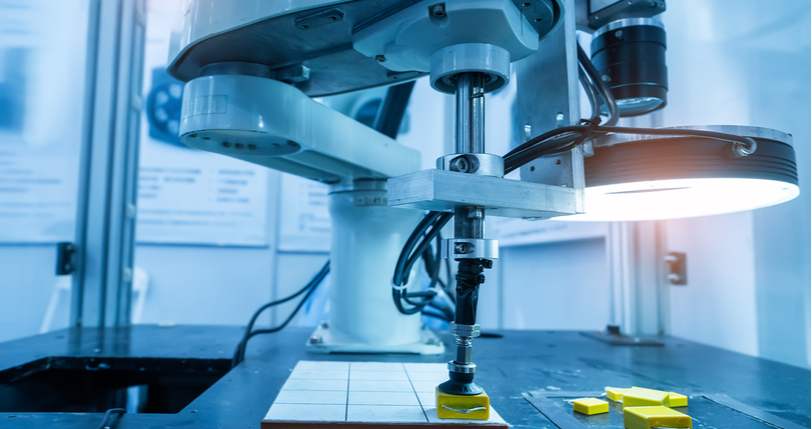 In simple terms, a vision system captures images, analyzes them, and triggers an action in pre-determined cases. It does not require contact with the product.

For example, it might detect that a part is poorly positioned, that a component (or labeling element) is missing, that a step was done before another, etc. As a response, it might sound an alarm, or it might make it impossible to proceed (often by stopping a piece of equipment) until a positive change is made.

This approach appeared in the 1980s in a simple form and has kept improving since them. It doesn’t appear in the Poka-Yoke red book that seems to include examples dating back to the 1960s.

I have seen vision systems that use consumer electronics (cheap webcams if the environment is not very dusty) and require relatively little programming. With the advances of artificial intelligence / machine learning, vision systems will get better and better. Remember, a Tesla car can pretty much self-drive based on cameras alone!

5. A checklist to outline steps 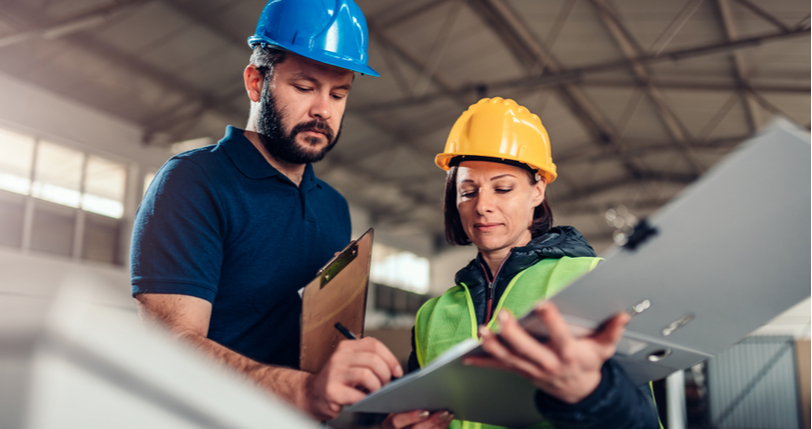 By any standard, a checklist is one of the weakest mistake-proofing techniques. It does help a lot when no other approach listed above is possible and when operators are trained and careful – think pilots in a plane.

The more a checklist’s elements are integrated into the work content, the better. Think of color codes where a checklist step matches a certain tool. Or a form to fill out that contains the steps in the right order.

6. Creative solutions to avoid or detect errors with minimal investment

Poka-yokes are a science but also an art. Think this way and you will see many opportunities that will take different shapes depending on the application.

For instance, some errors are made when pressing the wrong button, if the use interface is unclear. A very simple change can help prevent those errors, as shown in this short video.

Here is another example. A tool might require much manual precision from the user. To improve quality and productivity at the same time, improving the tool is sometimes possible, as shown in this video.

We show 2 creative applications in our free e-book, but a researcher could probably list hundreds of them.

Is mistake-proofing only used in manufacturing? 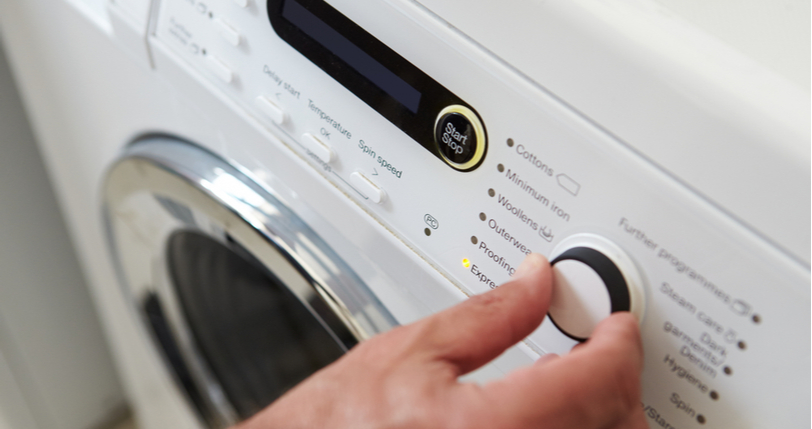 No! Here are some other poka-yoke examples that occur in daily life:

How is poka-yoke different from Defensive Design? 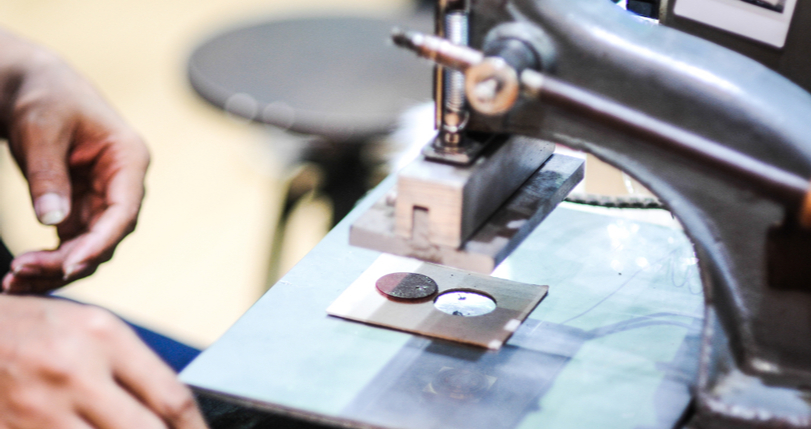 Here is my view on this. Defensive design (DD) is wider. It aims at preventing issues or confusion. Mistake-proofing is one of several approaches to achieve DD.

For example, you have probably seen molding or stamping machines that require the operator to press two buttons, which are so far apart it requires both hands. The objective is to make it impossible for the operator to have a hand in the wrong place and get injured. It eliminates a safety hazard.

Where does the poka-yoke concept originate from?

It has probably been used here and there for a long time. But it was theorized by a brilliant engineer who consulted for Mazda, Mitsubishi, and Toyota, mostly in the 1940s, 1950s, and 1960s.

He was on a quest to "zero quality control", meaning to a situation where inspectors are no longer needed because quality issues are either prevented altogether or caught at the source. In Deming's words, build quality in the process, rather than inspect quality out of it. Shingo wrote 2 books on this topic.

Actually, he first wrote about "baka yoke" (idiot proofing) in true Japanese manufacturing fashion (people like Shigeo Shingo or Taichi Ohno were not known for their sensitivity and their diplomatic skills). Then he changed the term to "poka-yoke" (avoiding inadvertent errors).

Three reasons to my mind.

First, most people (including most process engineers) tend to be optimistic, and tend to be short in time. Why pause and think of preventive measures for issues that might never happen?

Third, some poka-yokes add inconvenience and/or time to the process. What happens when a batch has to be shipped out by 10 pm today, no matter what? Operators skip those poka-yokes, take that habit, and stop using them entirely.

There are many other types of devices and systems that reduce human errors without requiring a heavy investment. Some of them actually add a step to the process (for example, kitting components together before assembling them usually results in fewer missing parts and in faster assembly) and typically don’t qualify as a method of mistake-proofing. Others cost virtually nothing and cut defects by 80%.

In many industries, this tool is the best way to reduce defects from about 3% to a tenth of that. That’s a major component of ‘jidoka’, which is one of the 2 pillars of the Toyota Production System.

We have a great article on poka-yoke in electronics manufacturing and if you are now ready to implement poka-yoke, you can learn how to do it effectively in this blog post on mistaking proofing effectively.

Do you have any questions about mistake-proofing, or examples of where it has worked for you to share with our community?

In this blog post I covered some mistake-proofing examples relatively briefly, but if you would like to explore it in greater depth, you can find fourteen detailed examples in our FREE e-book below:

Top KPIs to Track the Performance of a Supplier Improvement Project