In the course of our work, we see organizations that tackle ambitious projects, select some lean process improvement tools, and fail miserably.
CMC published an example that combines several of these mistakes in this article about problem solving. I think we see such an example 3-5 times a week, sadly.

Here are 4 common mistakes one needs to watch out for... 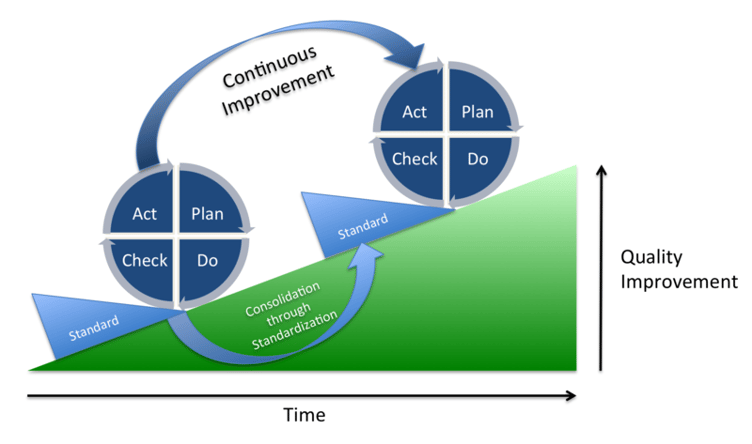 What happens: Someone noticed an issue and immediately does something to fix it.
This might lead to a number of issues down the road, a few examples of which are:

What happens: Someone works on fixing a problem, but does not collect data to confirm that it is fully fixed.

Here are a few common issues it creates:

What happens: someone fixes a problem, but does not ensure it remains permanently fixed.
Here are two issues it engenders:

4. Improvements are not part of a bigger plan

Each project is decided separately, for fixing isolated issues that become too painful to ignore. But there is no “bigger plan” and not follow up in the long term.
This is very common is organizations where fire fighting is the standard response to problems. The impact of problem-solving efforts is kept very minimal. There might be continuous efforts, but they don’t lead to continuous improvements because the same problems keep being worked on!

My point is, you might use all the best lean process improvement tools and still fail. It’s not just about the tools. It’s mostly about adopting a scientific approach, starting from the need, and then don’t use solutions in search of a problem.
Start from the problem, understand it fully, and then look for the right tool.

Does lean process improvement in the way I'm describing make sense to you?
What do you think? Have you used or encountered different tools?
Please add your questions or comments below, and I'll gladly answer them.

Lean vs Six Sigma: What are the Differences for Manufacturers?

8 Manufacturing KPIs Your Factory Managers Should Measure in 2021