Why Solid Manufacturing Automation Strategies Are So Rare in China

Let’s do a thought exercise about the typical manufacturing automation strategy in China. Do manufacturers invest in getting automation right, or hope that simply buying the machinery is enough?

Here is the scenario. A Chinese factory buys a complex piece of equipment that several entire production lines depend on. Because the equipment is so new, many of the staff are unfamiliar with its operation. The factory needs to choose one of the subsequent options:

Which option do you think is most commonly selected? In our experience, at least 95% of Chinese manufacturers choose option 2.

Save money now and hope for the best.

It is this thought process that causes their manufacturing automation strategy to fail more than 70% of the time. And by “fail”, we mean that expected cost savings are not realized. (Sometimes it means the new equipment can't even be set up, or can't be kept up after being in place for a few weeks. These are also failures, of course.) 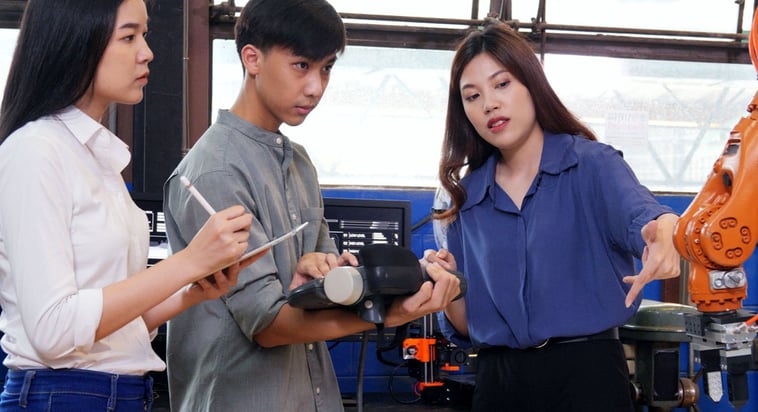 Previously, I wrote that most Chinese companies are not ready for ‘Industry 4.0’ (and I got some heat for that on LinkedIn, presumably from people who deal with some of the best suppliers out there). For the same reasons I mentioned in that post, we believe most Chinese manufacturers are not ready to jump from manual work to fully automated operations.

If I had to sum the reasons up, it would come down to Maintenance. Most of them lack the systems and skills to keep complex, high-tech machinery running as expected and churning out good products. Because these machines have so many points of failure and the factories don't have the means to effectively prevent or fix them, it results in the equipment:

The 5 Shortcomings We Often See in Chinese Companies

Maintenance activities follow the “pay it now or pay much more later” rule, as Jeff Gregory put it in an interview on the Gemba Academy podcast. There is a lack of proactive design of systems, but good maintenance is all about planning and following systems. What we see is stimulus – reaction (it is broken – we try to fix it). But, once the equipment breaks, its lifetime is reduced, and its future reliability also got a hit.

Maintenance skills are very limited in China (when car assembly plants and their tier-1 suppliers are excluded). There is a serious shortage of skilled electrical engineers who are familiar with high-tech automation. Though the government has been making great strides to curb the shortage of skilled workers in various industries, the shortage is expected to reach 4.5 million by 2025.

Factories lack the skilled workers they need, yet it is common belief that “training time is wasted time, while they could be making product” and “anyway, who knows how long they are going to stay with us.” As a result, no training is given to operators.

However, if they are not trained, how can they recognize the signs that equipment is going to create defects and/or break down? Many of these issues cannot be learned quickly on the job. By the time someone recognizes it as an issue, it may have already become a costly "learning experience". Raising skill levels is about providing the proper education.

The production manager doesn’t have the discipline to stop a line for, say, one hour when an engineer suggests a bearing or some hydraulic fluid is about to break. ‘What do you mean, stop? What about that urgent order we absolutely have to ship today?’ The problem is, fixing that issue later might necessitate changing more parts and re-doing a setup, and it might take 8 hours…

Good 5S throughout production areas helps a lot with maintenance. Most people don’t even make that connection, but it is true. The third S means ‘clean regularly and, at the same time, inspect to see if there are any abnormality.’ Imagine two machines—one covered with grease and dust, and the other clean and painted in white. On which one will a small oil leakage be noticed earlier? 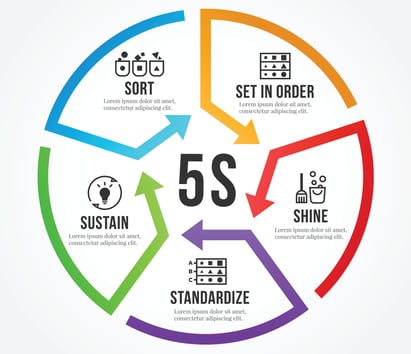 Now, have you seen one clean furniture factory in China? I haven’t. Doing the basics of 5S means a bit of time away from “making production right now." Though that's often seen as unacceptable, it will save a lot of time and money long-term.

Is Manufacturing Automation Impossible in China?

Though it is true that many Chinese factories currently lack the understanding and skills to effectively move towards automated operations, it is not entirely impossible to make it happen. With the right investment, training and discipline in developing and maintaining a sound automation strategy, Chinese manufacturers have the potential to catch up with their international counterparts.

If you are unsure whether factory automation will truly save costs in your factory, you can download our automation kit to help you find out. Our consultants are also available to discuss any process automation questions you have.

What about your suppliers? Have they managed to set up and run bleeding-edge technology in their workshops? Have you, or your suppliers, managed to implement a solid manufacturing automation strategy in China?

7 Secrets About Production Automation that Nobody Will Tell You